The country’s tallest wooden building may be on the rise in Oregon, but here in New York City, timber hasn’t taken off as a new building material. But that may soon change; while a wooden skyscraper is a ways off, the architecture and development firm Flank has plans for two mid-rise buildings made of timber in Williamsburg.

The buildings will be located at 320 and 360 Wythe Avenues, and will rise three and five stories, respectively. While they’ll largely be made up of office and retail space, there will be two floors of apartments on 360 Wythe, the taller of the two buildings.

As far as materials go, the buildings will be constructed from raw Canadian wood, which will be engineered into nail-laminated timber panels. The timber structure will rise above a concrete foundation, and the facades will be constructed from brick. According to the firm, they’re the first two brick-and-beam buildings—brick front over a wooden structure—to rise in the city in at least 100 years. 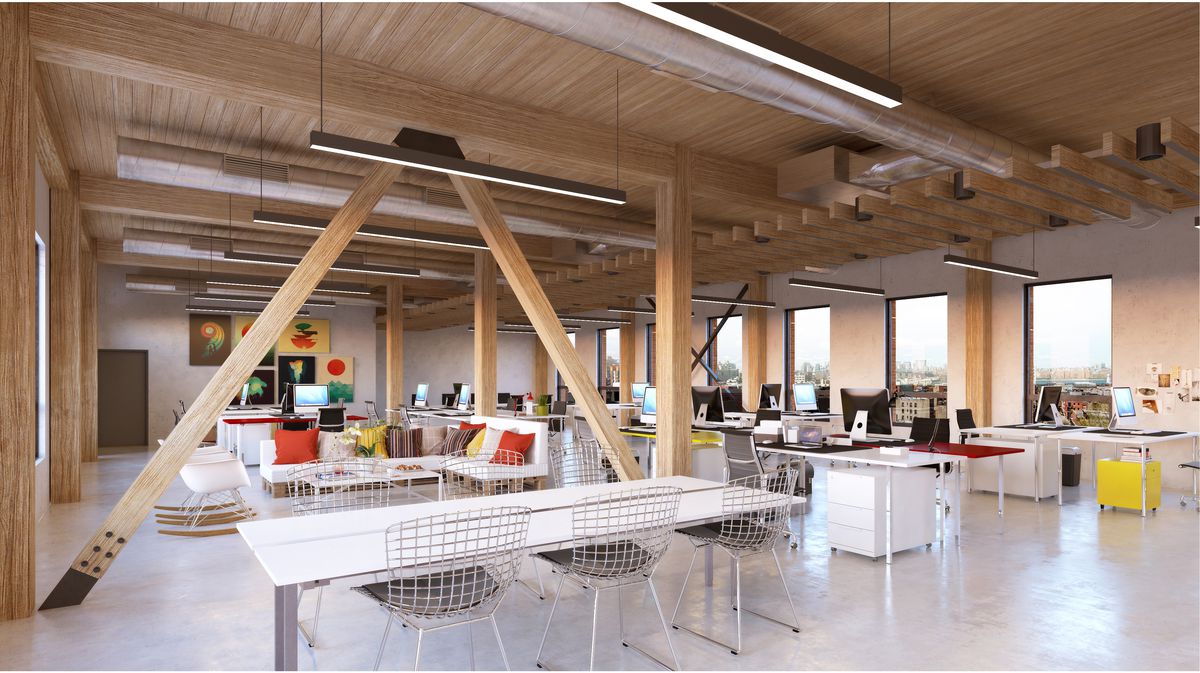 Mick Walsdorf, a co-founder of Flank, told The Real Deal that the project “will expand the limits of traditional construction and usher in a new era of sustainability-minded building practices.”

If the project is a success, it would be an improvement over the last high-profile attempt at mass timber construction in New York. In 2015, SHoP Architects designed a 10-story mass timber condo that would have risen on West 18th Street; but earlier this year, the developer attached to the project, Sy Ghassemi, scrapped it, saying it was not financially feasible. But as we previously reported, the use of mass timber is “becoming more prevalent in other parts of the U.S., and worldwide; there are at least eight high-rises using mass timber in development, and architects Perkins + Will recently released a concept for an 80-story timber tower in Chicago (though it’s unclear if that could even happen).”